Share a memory
Obituary & Services
Tribute Wall
Read more about the life story of Gary and share your memory.

Gary Alfred Johnston, 72, passed away unexpectedly on January 10, 2023 in Charleston SC, surrounded by his wife, daughter and son. Gary was born on September 18, 1950 in Pittsburgh, PA to the late Andrew and Ethel Johnston. He was their youngest child and is survived by brother Dennis (Margery) and sister Sandra (Mike).

He worked from a young age as a golf caddy, which led to his lifelong love for golf. Gary was a 1968 graduate of Penn Hills High School excelling in Math. He earned a degree in Structural Engineering from the Case Institute of Technology in 1972. He was a member of the Phi Kappa Tau Fraternity there.

Gary met Rosemary (Russo) in 1969. They married in 1973, enjoying 49.5 years of a loving partnership. Gary is also survived by his loving son, Brian (Lorie) and daughter Kelly George (Brett). Grandpa Gary will be greatly missed by his seven grandchildren: Isla, Logan, Keira and Finn Johnston and by Emmylou, Bodhi and Aubrey George. He is also survived by many nieces and nephews.

As well as golf, Garry was also passionate about painting. In 2005 he began studying watercolor painting. Gary took classes and workshops from dozens of artists over the years. He was a prolific painter and practiced his craft daily. Gary's paintings are sold in galleries, as commissioned works and at art fairs. Many people received his artwork as gifts.

To send flowers to the family or plant a tree in memory of Gary Alfred Johnston, please visit our floral store. 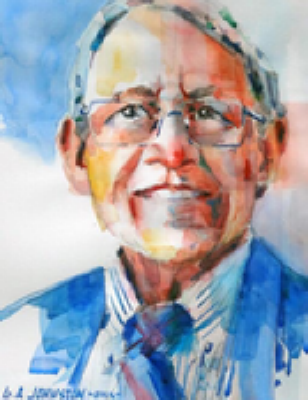