Share a memory
Obituary & Services
Tribute Wall
Read more about the life story of Rita Lynn and share your memory.

RITA  LYNN  COOK, age 82, (nee Carpenter), beloved wife of Jerry, loving mother of Eric Cook (Diane), Lynn Bender (Steve), and David Cook (Heidi), dear grandmother of Dr. Courtney Barnhart (Mark), Kyle Cook (Claire), Kimberly Cook, Hope and Faith Bender, Emily, Andy, Tobias, Elijah, and Jason Cook, sister of Kim Carpenter (Stella), DeAnna Carpenter, Peggy Bartels (Robert), and Curtis Carpenter (Laura). Funeral Service, Saturday, January 21 at 10:00 a.m. at Olmsted Falls Community Church, 7853 Main Street, Olmsted Falls, Ohio, 44138. Friends may call at Baker-Osinski-Kensinger Funeral Home, 206 Front Street, Berea, Ohio, 44017, Friday, January 20 from 4:00-7:00 p.m. In lieu of flowers donations may be made to Church Street Ministries 1480 W. Bagley Rd. Berea OH 44017. Online condolences at www.bakerfuneralberea.com. Rita was one of 5 siblings who grew up on Ruple Road in Brookpark.  As eldest, she played an integral role in raising her younger siblings and spent her whole life giving care and guidance to others. She had a very active childhood which included helping dig the family's in-ground pool when she was 13, which was about when she started driving a stick-shift truck as well.  She graduated from Berea High School (as she would say, the "original" Berea High School) and her pool time transferred to the school's synchronized swimming team. She stayed in touch with her classmates as part of the reunion committee, and while she enjoyed the reunions themselves, she appreciated sharing memories as they planned things together. After high school, Rita got her beauticians license to prepare for her first vocation.

While that trade proved useful for family and friends throughout her lifetime, it wasn't her focus for long. Rita's was introduced to Jerry by a very close lifelong friend. That friend Gwen Cook (nee Crabbs) was dating her high school sweetheart, Jerry's brother Roy. Introductions were made, Jerry wooed Rita, and they were married shortly thereafter, and Rita's attention shifted to Jerry and then her three children.  The couple started out in Berea, but after the family sprouted they moved to Olmsted Falls where she was a resident there for about 55 years. Rita stayed at home while her children were young, then started working at the Olmsted Falls branch of the public library once her children were in middle school. She spent many years working in this branch, and then the North Olmsted branch and enjoyed the patrons and loved her books. Rita was also an accomplished seamstress and knitter, and always maintained an immaculate home.

Rita was always proud of her family, her children and grandchildren. She was the glue that kept the family, both immediate and extended, together. In that sense, she was the family memory bank, maintain connections to cousins and extended family. Rita also possessed the ability to recall some of the smallest details of events years and years ago. She was pretty remarkable in the things she remembered so could really recall all of the special times in her life.

Rita and Jerry have always taken special care of each other They were married 62 years. Rita dedicated herself to Jerry's care and made him the "luckiest man alive".  Jerry also says "I couldn't have done better". That's true for all of us as children, siblings, friends and family.

To send flowers to the family or plant a tree in memory of Rita Lynn (Carpenter) Cook, please visit our floral store. 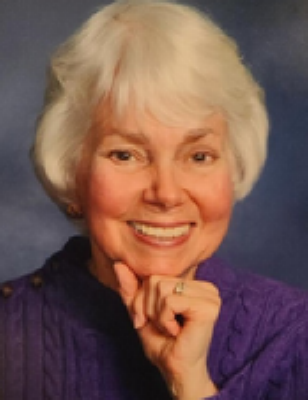