Share a memory
Obituary & Services
Tribute Wall
Read more about the life story of Sadi and share your memory.

Sadi D. Morgan, age 76, of Berea, Ohio passed away unexpectedly on Tuesday December 20, 2022, with her children at her side at Southwest General Hospital in Middleburg Heights, Ohio. The family is deeply saddened by her sudden passing. She was born on July 25, 1946, in Petersburg, Virginia to the late George and Francis Gallatin.

Sadi received her formal education in Brooklyn, New York before moving with her family to the Cleveland, Ohio area in 1970. Sadi was an active member of The Kiwanis Service Organization, where she enjoyed helping those in the community.  Sadi was an avid Bridge player who also enjoyed reading, crocheting, doing crossword puzzles, and cooking.

There are no words that can express how grateful and blessed the family is to the friends, neighbors and family who called and have offered Love and Support during this time. We would also like to send a heartfelt thank you to the Critical Care Unit Doctors and Nurses at Southwest General Hospital who cared for Sadi selflessly during her final days.

Friends and Family are invited to say a final goodbye to Sadi at a Memorial Service. The Date of the service will be announced at a later time through the Bakers Funeral Home website and community news sources. Friends wishing to honor Sadi may send flowers and cards to 9755 Douglas Lane, Apt. 101, Olmsted Falls, Ohio 44138 or memorial donations can be made to one of Sadi’s favorite charity’s The Ronald McDonald House-Cleveland : 10415 Euclid Avenue, Cleveland Ohio 44106.

To send flowers to the family or plant a tree in memory of Sadi D. (Gallatin) Morgan, please visit our floral store. 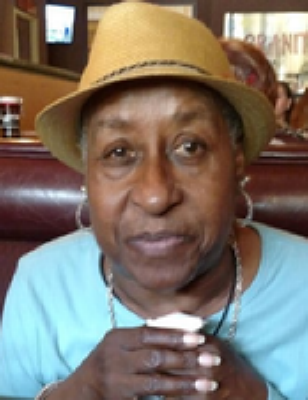 Family and friends are coming together online to create a special keepsake. Every memory left on the online obituary will be automatically included in the book.

You can still show your support by sending flowers directly to the family, or by planting a memorial tree in the memory of Sadi D. (Gallatin) Morgan
SHARE OBITUARY
© 2023 Baker, Osinski, Kensinger Funeral Home. All Rights Reserved. Funeral Home website by CFS & TA | Terms of Use | Privacy Policy | Accessibility