Share a memory
Obituary & Services
Tribute Wall
Read more about the life story of Thayne and share your memory.

On January 3, 2023, Thayne William Bodenmiller, Sr., of Berea, Ohio was ushered into his heavenly home at the age of 95. He was born in De Graff, Ohio to Millard and Catherine (Curl) Bodenmiller on May 13, 1927.

He was preceded in death by the love of his life of 73 years, Rosa Earlyne (Willetts) Bodenmiller; his grandson, Michael Scott Berry; and by his siblings Vivian (Bill) Ginn, Eileen (Frank) Schurr, Don (Martha) Bodenmiller and Ray Bodenmiller.

Dad proudly served his county in the army during WWII.

He and Mom enjoyed traveling and were able to visit many countries. Dad could fix anything and at one time be built our family home in Brookpark, Ohio by himself using books from the library. He had a remarkable mind and was sharp to the very end.

As a young man, he accepted Jesus Christ as his personal Savior, and he lived his life following the Lord. We know where he is now and that we will see him again.

He is greatly loved and will be greatly missed.

The viewing will be held at the Baker Funeral Home in Berea, Ohio on Sunday, January 15 from 3:00 to 5:00 P.M. and the funeral will be at Berea Baptist Church on January 16 at 2:00 P.M. the service led by Pastor Ken Spink. He will be buried at 1:00 P.M. on January 17 in the Western Reserve National Cemetery beside his wife.

To send flowers to the family or plant a tree in memory of Thayne William Bodenmiller, Sr., please visit our floral store. 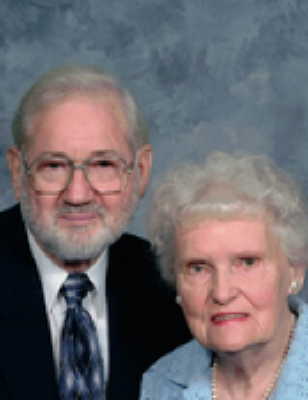