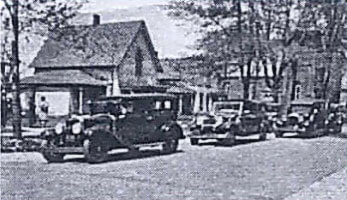 Mr. Baker graduated from the Columbus Embalming School and received his embalmer's license in 1921. He practiced with Mr. Jenkins in Elyria for a short time before moving his family to Berea in 1930. He worked for Mr. Emil Haag at the Haag Funeral Home on East Bridge Street in Berea.

When Mr. Baker started his own business, it was originally located on Seminary Street on the site now occupied by the municipal parking lot. In 1936, seeking additional space, Mr. Baker purchased the property at 206 Front Street. The business continues to operate at this location, with additions constructed in 1946, 1952, and again in 2000. 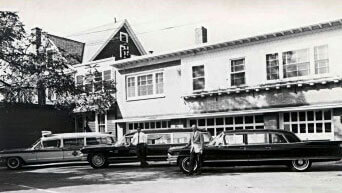 Today, Baker Funeral Home has a staff of 3 licensed funeral directors and embalmers, Dennis Osinski , Casey Kensinger and Todd Strzalka. Dennis and Casey are the new owners who have worked for the Baker family for over 20 years. Donna Bunce, director of family services, works with our families to pre-plan their funeral, their way.

Baker, Osinski, Kensinger Funeral Home continues in the tradition established by Wesley and Eleanor Baker; compassionate, affordable service to families in time of need with attention to detail. The staff is committed to providing meaningful, personalized, memorialization for families of all faiths.